NEFU International
A united cultural experience
Our organization is a great way to meet fellow students, make new friends and discover new things in Yakutsk!
About Us
NEFU International is a student organization that is based on international friendship. The organization was founded 23rd of November 2011 and is being operated with the support of North-Eastern Federal University. It focuses on cross-cultural communication, the integration of foreign students into university life, as well as highlighting the importance of language learning among the local student body of NEFU. Each member of the organization consolidates and puts into practice their knowledge of not only language but also other countries’ history, geography and policy.
Messages 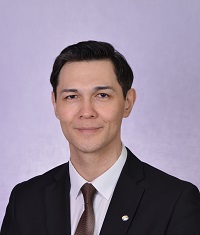 NEFU International was created in 2011 by us for the sole purposes of cross-cultural communication between North Eastern Federal University’s students, adaptation of foreign students and language practice (Russian, Yakut, etc). Since then, NEFU International has proved itself to be a very popular, prestigious and vigorous organization in our university.

With the efforts of its activists and members, their unity and creativity, it has become a very successful and useful organization. We call on all foreign students to actively participate in the activities of this organization. Your efforts will be rewarded with guaranteed satisfaction both in terms of educational achievements and building friendship with local and foreign students.

As part of NEFU International`s activities, foreign students effectively learn languages, values and traditions of people living in Yakutia. In addition, they get accustom to everyday life as a student in Yakutsk. Russian students get many beneﬁts too, they participate in the projects of the organization; they develop their communicative and cross-cultural skills, which are so important in this time of globalization.

This year NEFU International becomes 5 years old! I’d like to wish the further prosperity, new ideas and projects, which would be always focused on good results and usefulness of our organization! 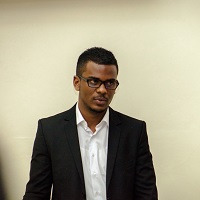 Welcome to one of the most festive and dynamic student organizations of North Eastern Federal University! We at Nefu International know that leaving home and traveling to study in a new country can be a stressful experience, even though it may be something you have planned and prepared for. Many people are surprised when they experience the impact of culture shock.

For the past year, Nefu International has been continuously growing in achieving its highest level. We have implemented numerous programs and projects that will minimize the phenomenon of culture shock and ultimately aid in your successful integration into life at our university.

Our organization fosters an atmosphere of camaraderie. We love to celebrate. We love to share our cultures. We love to experience new things, but most importantly we love seeing fellow students integrating into life at our university- a life and an adventure that would inevitably help you to encounter what we refer to at Nefu International, as a United Cultural Experience!